The goal of the workshop was to bring as many as practical of the experts in galaxy morphometrics together to discuss both ways to convert the complex appearance of galaxies in astronomical imaging into a few simple numbers and how to interpret these. The aim was realized in that not just representatives from a single scheme to generate morphometrics were attending, but practically all. There were 22 participants and four walk-in attendees (for a day or so) which proved the right size for both lively discussions and a close atmosphere.


The discussions started during the first talk by Chris Conselice (going overtime by 30min at least) which set the tone for the workshop. The participants started setting some of the questions we should think about: 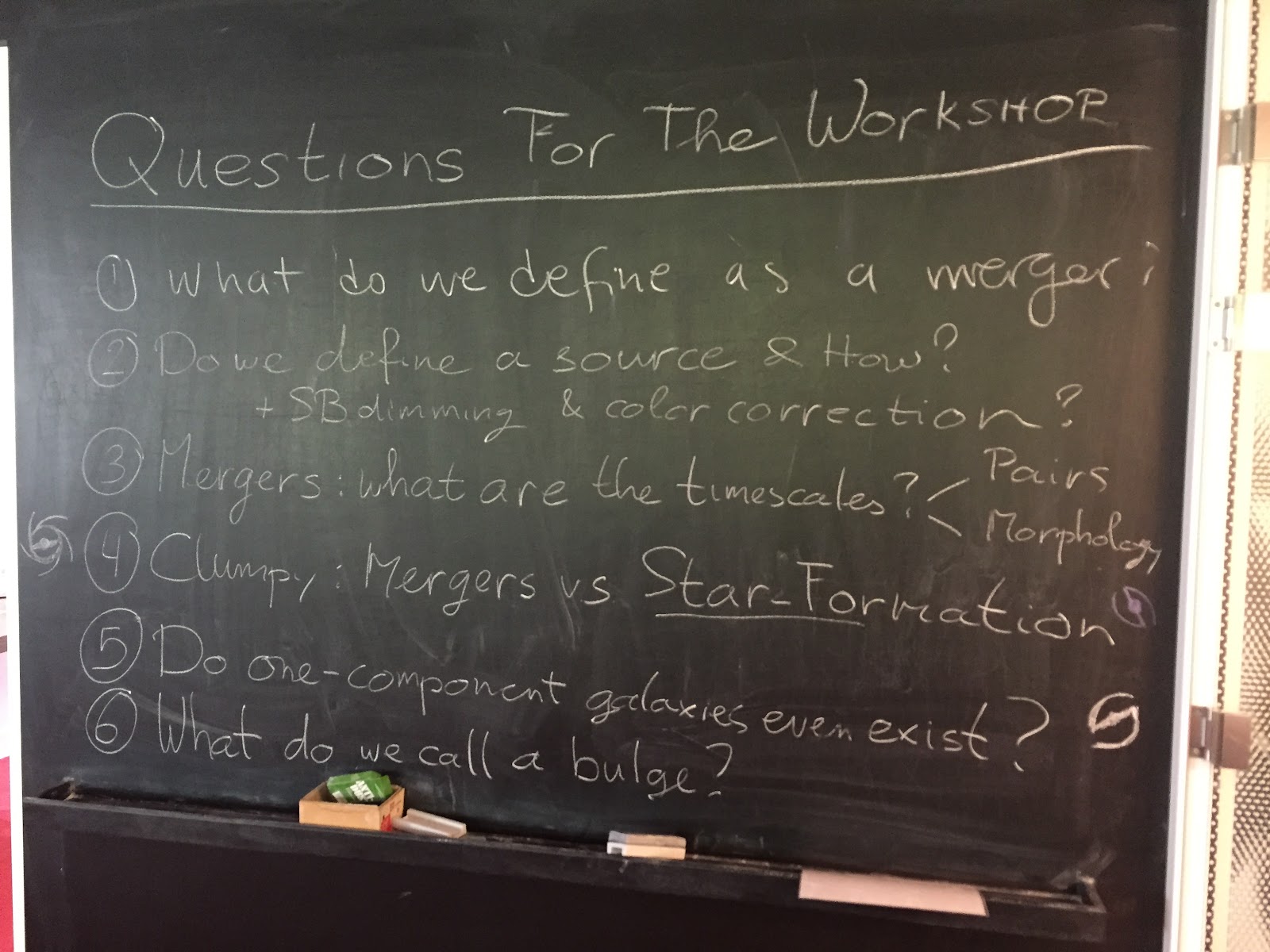 Some of the questions regarding galaxy morphometrics we had...

Subsequently, we loosely stuck to the program but did not enforce time limits since every scheduled talk sparked (welcome) discussion and thus ran typically over. The one exception was by Marc Huertas-Company who had to give his excellent talk on deep-learning techniques via remote/Skype call. 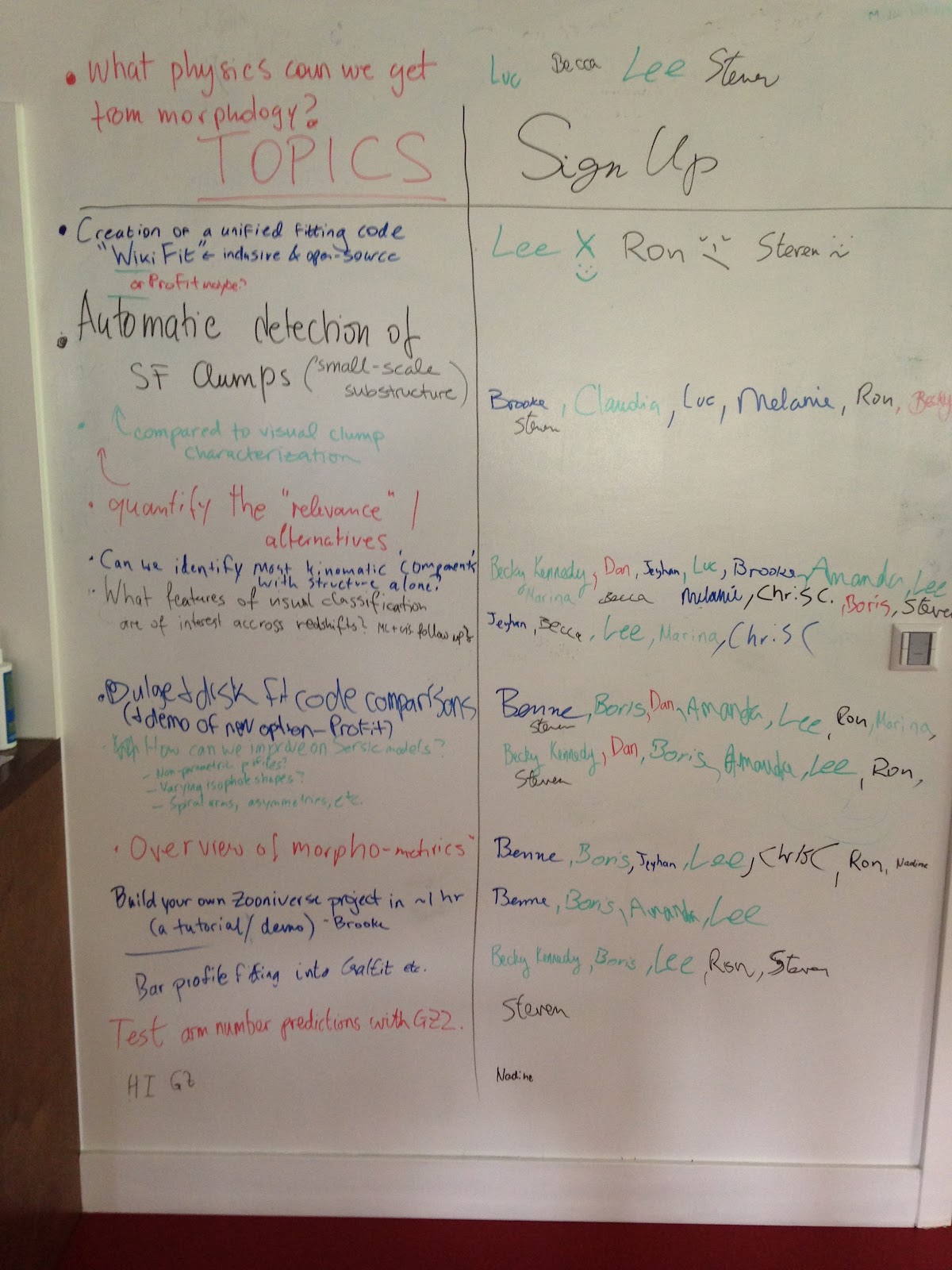 The sign-up board with all the ideas for the hack day (afternoon really).

On wednesday afternoon we had the hack day. To decide which topic was the most interesting to work on, we used the wall in the coffee corner. The workshop split into three groups to tackle a) clump-finding, b) code standards/comparisons and c) combining morphometics and kinematic information. The results from these hack sessions and the talks were discussed on our final session on Friday afternoon.


Conference dinner was on wednesday night. 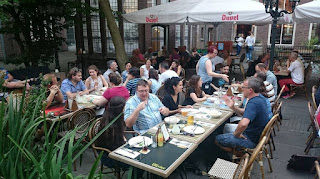 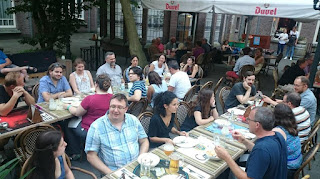 Photos thanks to Rebecca Lange (mine failed)

Mister M and Miss C made an appearance as well.


We had to make some accommodations and Jeyhan Karteltepe gave her keynote on Thursday. Brooke Simmons gave an un-scheduled, but excellent tutorial on how to start a Zooniverse citizen science project (something we did not get to on the hack day). I am totally pumped up now to start with a dust-lanes-in-edge-on-disks-zoo (better name pending).


The sessions were furiously tweeted by the participants (myself included). These can be found under the hashtag #galmorph and are summarized here:


The workshop was in my estimation an unqualified success and sparked several future projects and collaborations on  publicly available (and publicly maintained community-effort) software packages. There was also discussion about a possible follow-up workshop or conference at another location to continue to tackle the galaxy morphometics of all the coming future surveys (e.g. LSST, EUCLID & WFIRST).

Posted by Benne Holwerda at 4:38 AM